Pictured below is are KOOPA'S from the game Super Mario Bro's. A variety of turtles with a similar name?

THERE ARE OTHER POSSIBLE EVOLVED ANIMALS. WE ARE ATTEMPTING TO GATHER FURTHER REFERENCE MATERIAL BEFORE SPECULATING.

THE GOVERNMENT NOT ONLY KNOWS ABOUT THE LIZARDS BUT THEY ALSO FACILITATE THEM. MANY OTHER OPERATIONS ARE CARRIED OUT IN THE D.U.M.B's, INCLUDING BUT NOT LIMITED TO HUMAN CLONING, MIND CONTROL, ANIMAL SPLICING, ETC.

SEE BELOW A VIDEO ABOUT PHIL SCHNEIDER, EXPERIENCED WITH D.U.M.B STRUCTURES. PHIL ALSO SAW A VRIL WHILE HE WAS UNDERGROUND, ALTHOUGH HE BELIEVED IT WAS AN E.T. VRIL MAY VERY WELL HAVE ORIGINATED AS E.T's, WHO KNOWS, HOWEVER THEY HAVE BEEN HERE ON EARTH SINCE ANCIENT TIMES. 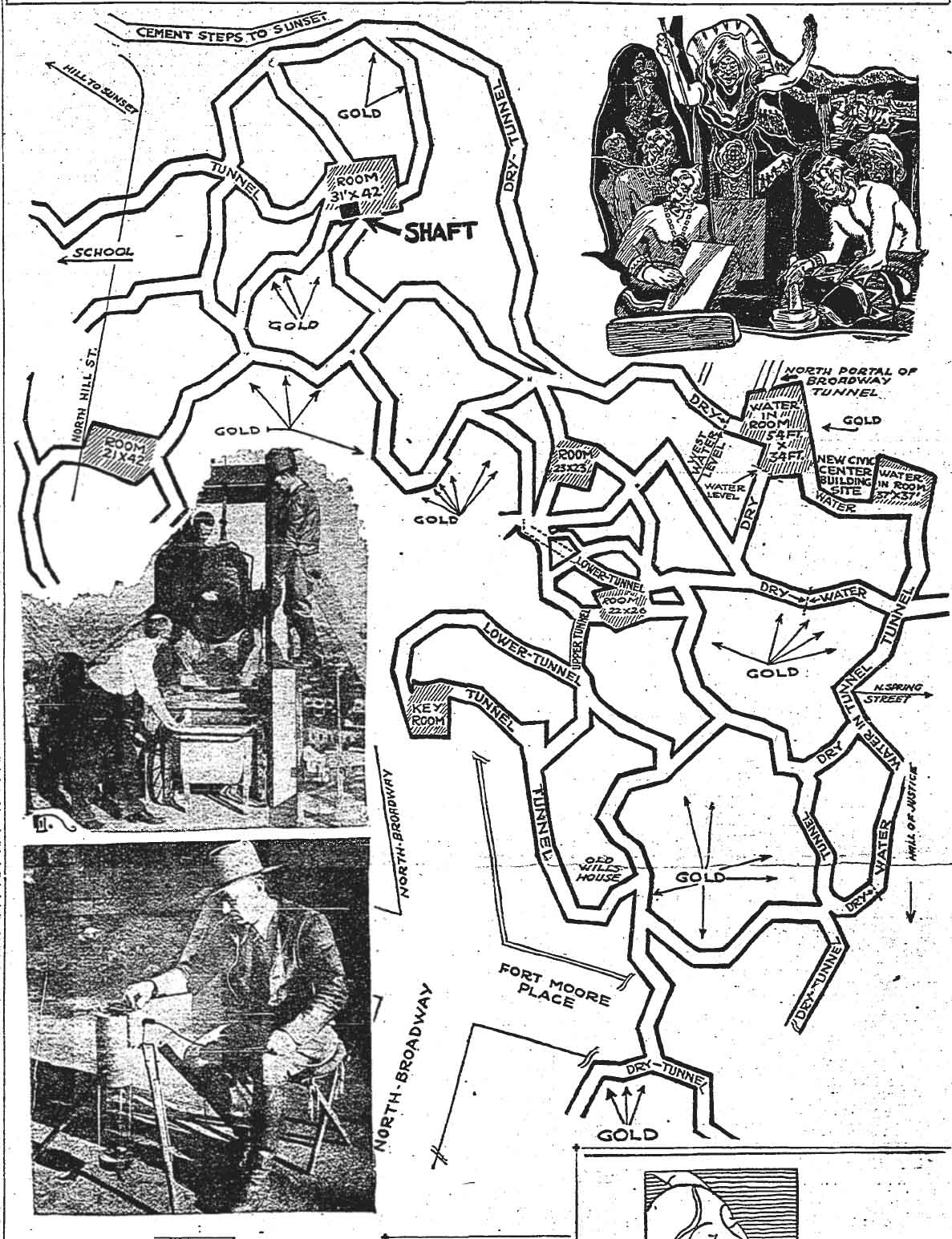 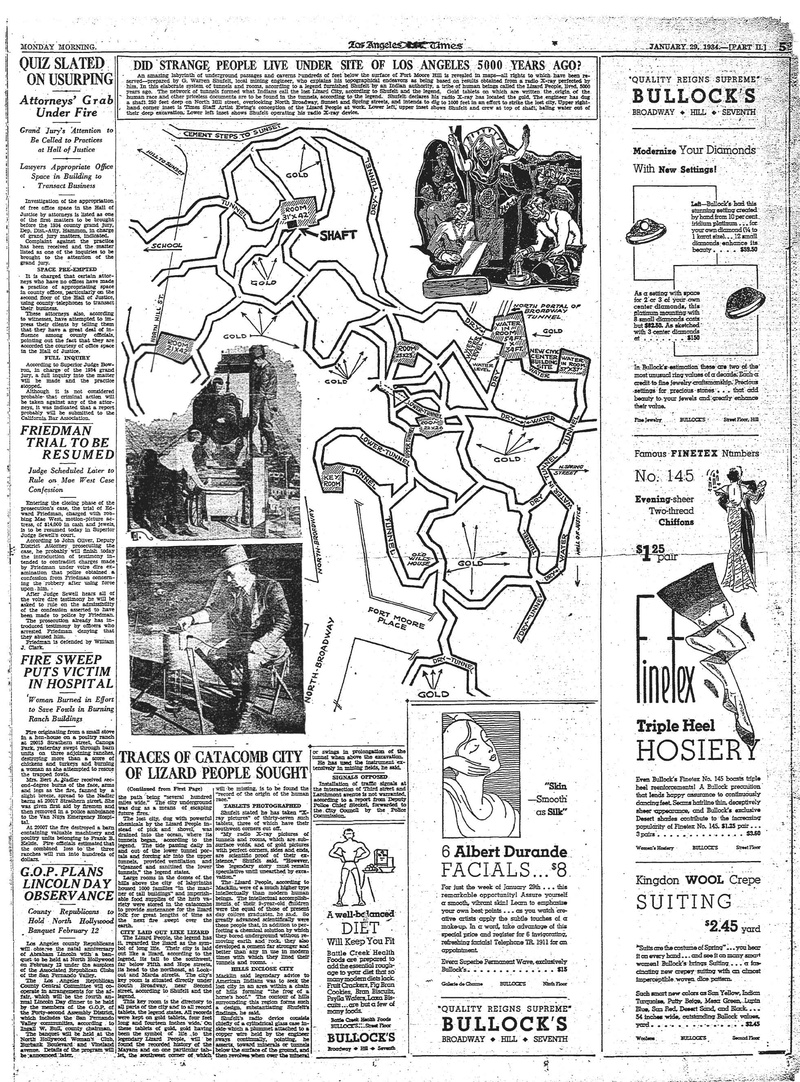 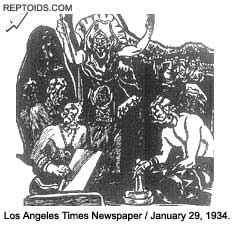 Busy Los Angeles, although little realizing it in the hustle and bustle of modern existence, stands above a lost city of catacombs filled with incalculable treasure and imperishable records of a race of humans further advanced intellectually than the highest type of present day peoples, in the belief of G. Warren Shufelt, geophysicist mining engineer now engaged in an attempt to wrest from the lost city deep in the earth below Fort Moore Hill the secrets of the Lizard People of legendary fame in the medicine lodges of the American Indian.

So firmly does Shufelt and a little staff of assistants believe that a maze of catacombs and priceless golden tablets are to be found beneath downtown Los Angeles that the engineer and his aids have already driven a shaft 250 feet into the ground, the mouth of the shaft being on the old Banning property on North Hill street, overlooking Sunset Boulevard, Spring street and North Broadway.

And so convinced is the engineer of the infallibility of a radio x-ray perfected by him for detecting the presence of minerals and tunnels below the surface of the ground, an apparatus with which he says he has traced a pattern of catacombs and vaults forming the lost city, that he plans to continue sending his shaft downward until he has reached a depth of 1000 feet before discontinuing operations.

Shufelt learned of the legend of the Lizard People after his radio X-Ray had led him hither and yon, over an area extending from the Public Library on West Fifth street to the Southwest Museum, on Museum Drive, at the foot of Mt. Washington.

"I knew I was over a pattern of tunnels," the engineer explained yesterday, "and I had mapped out the course of the tunnels, the position of large rooms scattered along the tunnel route, as well as the position of deposits of gold, but I couldn't understand the meaning of it."

Then Shufelt was taken to Little Chief Greenleaf of the medicine lodge of the Hopi Indians in Arizona, who's English name is L. Macklin. The Indian provided the engineer with a legend which, according to both men, dovetails exactly with what Shufelt say he has found.

According to the legend as imparted to Shufelt by Macklin, the radio X-Ray has revealed the location of one of the three lost cities on the Pacific Coast, the local one having been dug by the Lizard People after the "great catastrophe" which occurred about 5000 years ago. This legendary catastrophe was in the form of a huge tongue of fire, which "came out of the Southwest, destroying all in it's path," (continued on Page 5, Column 2) "...the path being several hundred miles wide." The city underground was dug as a means of escaping future fires.

The lost city, dug with powerful chemicals by the Lizard People instead of pick and shovel, was drained into the ocean, where it's tunnels began, according to the legend. The tide passing daily in and out of the lower tunnel portals and forcing air into the upper tunnels, providing ventilation and "cleansed and sanitized the lower tunnels," the legend states.

Large rooms in the domes of the hills above the city of labyrinths housed 1000 families "in the manner of tall buildings" and imperishable food supplies of the herb variety were stored in the catacombs to provide sustenance for the Lizard folk for great length of time as the next fire swept over the earth.

The Lizard People, the legends has it, regard the lizard as a symbol of long life. Their city is laid out like a lizard, according to the legend, it's tail to the Southwest, far below Fifth and Hope streets, it's head to the northeast, at Lookout and Marda streets. The city's key room is situated directly under South Broadway, near Second street, according to Shufelt and the legend.

This key room is the directory to all the parts of the city and to all record tablets, the legend states. All records were to be kept on golden tablets, four feet long and fourteen inches wide. One these tablets of gold, gold having been the symbol of life to the legendary Lizard People, will be found the record of history of the Mayans and on one particular tablet, the southwest corner of which will be missing, is found the "record of the origin of the human race."

Shufelt stated he has taken "X-Ray pictures" of thirty-seven such tablets, three of which have their southwest corners cut off.

"My radio X-ray pictures of the tunnels and rooms, which are subsurface voids, and of gold pictures with perfect corners, sides and ends, are scientific proof of their existence," Shufelt said. "However, the legendary story must remain speculative unearthed by excavation."

The Lizard People, according to Macklin, were of a much higher type of intellectuality than modern human beings. the intellectual accomplishments of their 9-year-old children were of equal of those of present day college graduates, he said. So greatly advanced scientifically were these people that, in addition to perfecting a chemical solution by which they bored underground without removing any earth and rock, they also developed a cement far stronger and better than any in use in modern times which they lined their tunnels and rooms.

Macklin said legendary advise to American Indians was to seek the lost city in an area within a chain of hills forming "the frog of a horses hoof." The contour of hills surrounding this region forms such a design, substantiating Shufelt's findings, he said.

Shufelt's radio device consists chiefly of a cylindrical glass case inside which a plummet attached to a copper wire held by the engineer sways continually, pointing he asserts, toward minerals or tunnels below the surface of the ground, and then revolves when over mineral or swings in prolongation of the tunnel when above the excavation. He has used the instrument extensively in mining fields, he said." END Quote